When Do Women Get Equal Rights In Their Ancestral Property?

Many people that I meet still ask me whether they have a share in their forefather’s property, over 10 years after the Parliament guaranteed them an equal right in the ancestral property.

The Hindu Succession Act, 1956 was amended in year 2005[1] making women, coparceners in the Hindu Joint Family.  A coparcener is someone who shares equally with other members in the inheritance of a Hindu undivided estate.  The 2005 Amendment to the Hindu Succession Act has only two riders against women from getting an equal share in their ancestral property.  The two riders were: (i) if a partition of the Hindu Undivided Family had taken place before 20/12/2014, and if that partition was duly registered; and (ii) a court decree had reached a finality as to the rights of the members of the Hindu Undivided Family before 20/12/2014.  If the two scenarios were satisfied, women, then did not have a coparcenary right in their ancestral property under the 2005 Amendment.

This amendment opened doors to women in India to their ancestral property like never before.  Women started asserting their rights in the Court of law seeking what they perceived to be their rightful share in their ancestral home.  Thousands of lawsuits were filed, and wherever they could establish the joint family status, women succeeded.  Law seemed settled across the country that women had an equal right, title, and interest in their forefather’s property.

In 2015, the Hon’ble Supreme Court of India in Prakash & others vs. Phulavati & others, brought about a change in the interpretation of the Hindu Succession Act, which might affect the rights of the women members in the family.  Much has been written over the effect of Phulavati on Coparcenary rights of women, but what is it all about?

With this, the law of the land is that women have equal rights in their ancestral home only if their father were alive as on September 9, 2005.

The High Court rejected this argument finding that as follows:

“Repealing and Amending Act, 2015 does not disclose any intention on the part of the Parliament to take away the status of a coparcener conferred on a daughter giving equal rights with the son in the coparcenary property… On the contrary, by virtue of the Repealing and Amending Act, 2015, the amendments made to Hindu Succession Act in the year 2005, became part of the Act and the same is given retrospective effect from the day the Principal Act came into force in the year 1956, as if the said amended provision was in operation at that time.”

[1] Prior to the 2005 amendment, having regard to the need to render social justice to women, the States of Andhra Pradesh, Tamil Nadu, Karnataka, and Maharashtra made necessary changes in the law giving equal right to daughters in Hindu Mitakshara coparcenary property.  The 2005 Amendment came into effect on 9th September, 2005.  Pursuant to Section 6 of the Hindu Succession Act, post amendment, women became equal shareholders in the joint family property. 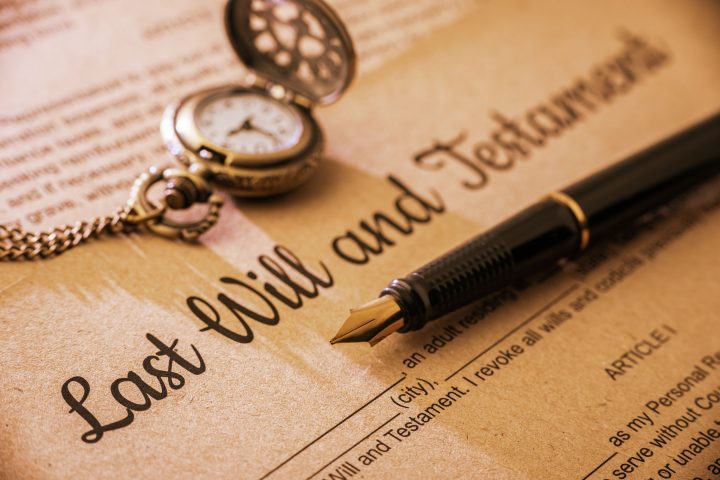 Five reasons to get a Will done

Getting a Will written is arguably the best gift that you can give to your family after your lifetime.  Whenever we think of a Will, we are often confronted with the very real fear of our own mortality, so, we do our best to avoid thinking about it.