Is AI Ready for Law 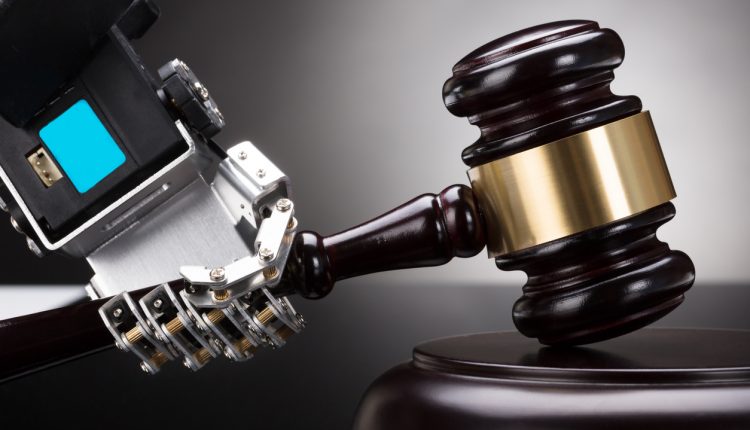 When Elon Musk says AI is more dangerous than nuclear weapons, one wonders whether mankind is really creating a ‘cyberdyne systems’ which will bring it to the brink of extinction. Hence, must we depend on a Sarah Connor, or an Arnie as the Terminator to save the day? But then one must not forget that Elon Musk also loves to get into his futuristic car and instruct her to drive him wherever he wants to go. Isn’t that a contradiction?

How can Elon Musk differentiate between good AI and a bad AI? Hollywood movies have taught us that even machines are corruptible! Mark Zuckerberg, however, thinks Elon Musk is being an alarmist; AI will not unleash the terminators. We just have to wait to find out who is right.

Whether AI is a “killer”, or a “saviour” of our species will continue to be an ongoing argument, but in the world of justice, lawyers and law itself, AI is taking baby steps. I had written a blog on AI in legal research sometime last year, and surprisingly not much progress has been made since then! So every time, someone tells me that AI is going to take over my job as a lawyer, I am pretty confident that it is not happening anytime soon.

Most legal tech companies are currently focusing on compiling large volumes of data which helps them to analyse it to give lawyers a greater visibility on their contracts, cases, etc. Some tools help in drafting contracts, and even prepare basic petitions that can be filed in the courts. Beyond that there is very little of AI being put into use.

A blog site called, Wardblawg.com lists the best AI software for law firms. Most of the software listed there just analyses data, but to carry that out, you don’t need AI at all. In other words, technology is not as advanced to make a computer learn and learn more from the vast data out there and implement that learning in a different setting altogether.

However, I was intrigued by a digital tool called ‘rradar’ that is listed on Wardblawg.com. The blawg says that ‘rradar’ is supposedly an “[a]ward-winning legal advice, tools and training to spot, manage and minimise business risks; educating your business to stay on the right side of the law and guiding it to safety if legal problems do arise.” I dug deeper to find that rradar is an “in-house development professional work (which works) alongside our lawyers, design and media specialists and build exciting and innovative ways to share our legal services, risk management advice and knowledge with our clients.” There’s nothing artificial about using human intelligence to power an AI tool! Anyway, it just shows that AI for legal services is still in its nascent stages.

I will attempt to explain why AI might not be ready for lawyers yet.

Lawyers will tell you that most of the cases they are dealing with are unique. Complexity of any case depends on how complicated facts are in each scenario, and how best lawyers can apply law and facts and obviously their intelligence and experience to solve the case. Sometimes, one precedent (case law) can be used both “for” or “against” a principle of law depending on facts of a case. For computers to analyse and apply a legal principle will require access to not only the case laws, also court filings from maximum number of cases.

There are several challenges for that to happen. First, in India, court documents are not yet digitised. Second, assuming that documents are digitised, we will need a kickass OCR software to read through and recognise the fading government records. Assuming this is achieved, AI will have a tough time of analysing the statements of witnesses in evidence.

Another challenge is the language: the number of Indians in India who speak English, far exceeds the entire population of USA, but we have our way of speaking it; and it is reflected in the court documents. Add to it grammatical and spelling mistakes, the poor computer will be all at sea and runs the risk of misunderstanding the statements made in the documents. Judges can seek for clarifications, but mostly they understand the essence of a petition filed before them. Can the computers do it?

Most lawyers are verbose, and would prefer to emphasize a point. Here’s an example: 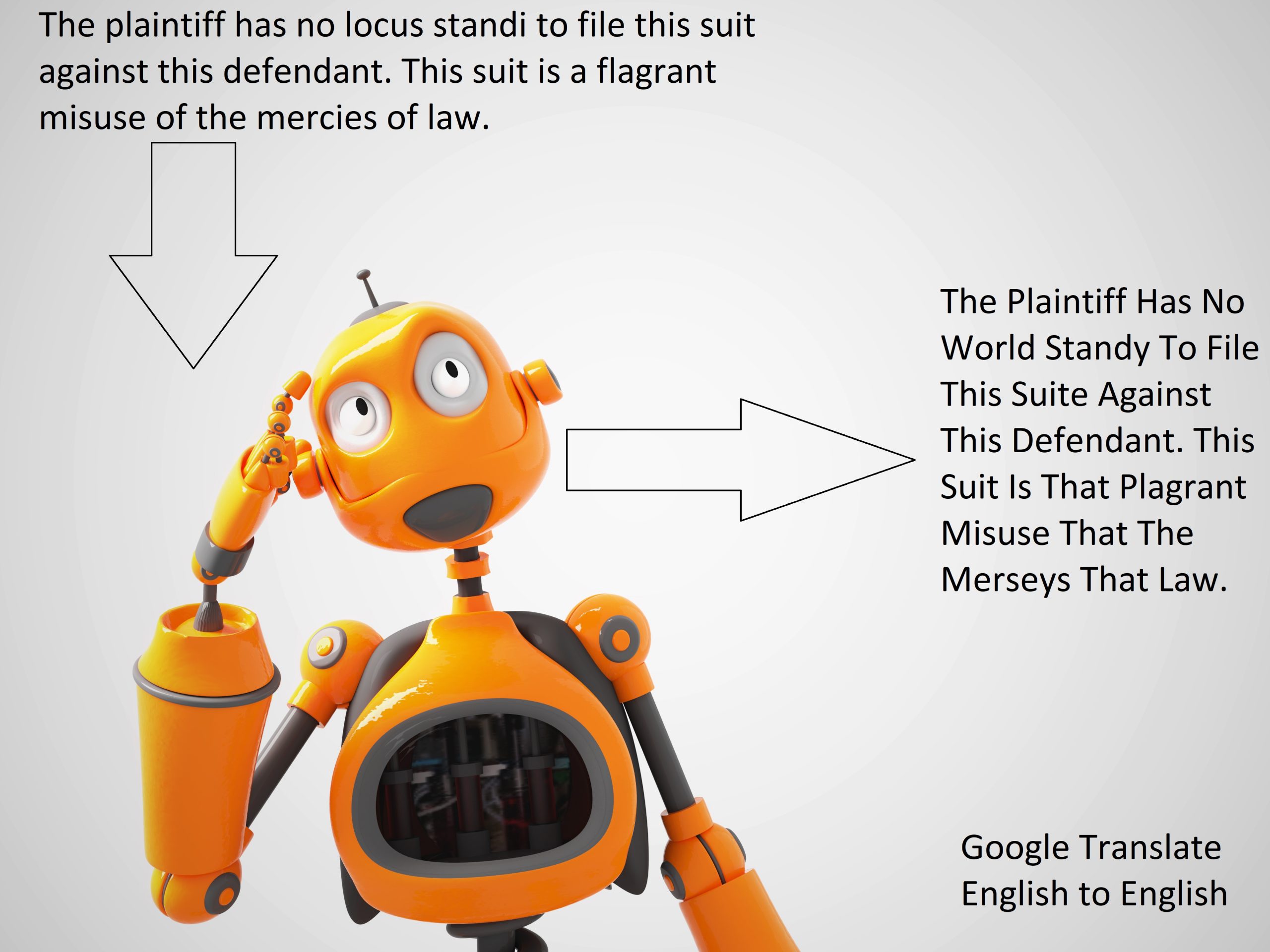 “A formal reading of the plaint makes it manifestly clear that the suit as brought out is vexatious, meritless and the same do not disclose a clear right to sue. The plaintiff has no locus standi to file this suit against this defendant. This suit is a flagrant misuse of the mercies of law. This is litigation inspired by vexatious motives and altogether groundless. The plaintiff has sought partition and separate possession over the suit schedule properties. This bogus litigation is required to be shot down at this stage itself.”

Difficult to comprehend isn’t it? Let me make it easier for you. “The plaintiff’s claim lacks merit, and the plaint is time barred and therefore, it must be dismissed,” is all that the above paragraph tried to say but then legalese is something that even experienced lawyers find it difficult to decipher.

Here is another one and forms part of a judgment:

“However, the learned counsel appearing for the tenant/JD/petitioner herein cannot derive the fullest succour from the aforesaid acquiescence occurring in the testification of the GPA of the decree holder/landlord, given its sinew suffering partial dissipation from an imminent display occurring in the impugned pronouncement here at where within unravelments are held qua the rendition recorded by the learned Rent Controller” Pawan Kumar Sharma vs. Sarla Sood and Ors. (05.12.2016 – HPHC): MANU/HP/2760/2016.

I challenge the AI to understand the meaning of this exchange! I gave up! Of course, I am picking up some tough examples to highlight my point, but the challenges are real. There are 22 languages listed in the Constitution, and each regional language has multiple dialects, for a computer to make a distinction between dialects, and apply uniform principles of law, will be a tough ask.

So, the point my Lord I have been trying to make, is that we are still a long way from AI invading law courts.

I rest my case.

Very thought provoking. AI can be useful as research assistants finding out case laws on the instruction of Advocate. AI finds it difficult to diagnose the root cause of the problem. Still we Advocates have that privilege to diagnose exactly what us the cause and solve it.

Native intelligence indisputably superior to Artificial Intelligence; for NI is the foundation for any structure. 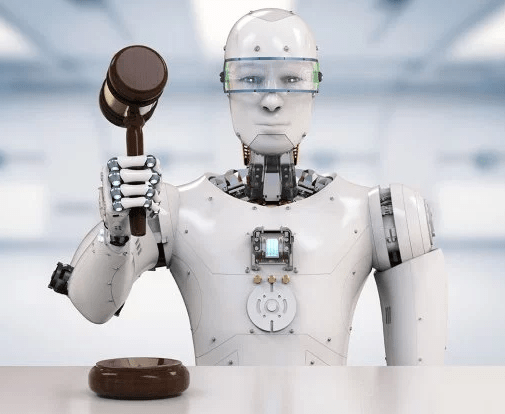 A couple of years ago, I heard some chatter that students from a university in Toronto, Canada, were developing and integrating legal databases with #IBMWatson, developing a capability to provide solutions to legal issues with case-law support. This is, essentially, “legal advice”!